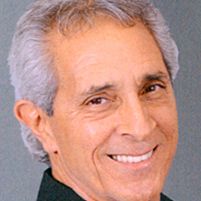 Tony Catanzaro brings an impressive array of accomplishments to the field of dance. His technical ability, combined with a magnetic and dramatic stage personality has brought him broad recognition, not only in ballet, but in modern dance and musical comedy as well. He began his dance training in his native New York at the High School of Performing Arts, where he graduated as the Dance Award Recipient. It was here that he was discovered by Norman Walker, his modern dance teacher. Mr. Catanzaro studied and performed with Mr. Walker for eight years, becoming the most impressive years of his career. After receiving a full scholarship with the Harkness Ballet School, he progressed to lead dancer with the Harkness Youth Company. He subsequently joined the Joffrey Ballet, and after three years was asked to join the Boston Ballet in 1973 as a principal dancer. He remained with the Boston Ballet for eleven years performing in many major roles and being exposed to many of the greatest instructors and choreographers. Throughout the years he had many performance opportunities with the Alabama Ballet, New Jersey Ballet, Florida Ballet, New Haven Ballet, New Mexico Ballet, Tampa Ballet, Dallas Civic Opera, Teatro Massimo in Palemo, Italy, and with many symphonies and modern dance companies to name a few along with many lead roles in Broadway productions such as “Annie Get Your Gun” with Ethel Merman, and with the touring company of “Golden Boy” starring Sammy Davis Jr. He appeared in the first English speaking musical to travel to Japan, “West Side Story“, and has made numerous television appearances. While still maintaining his principal dancer’s status with the Boston Ballet, Mr. Catanzaro began to stage ballets for the company and to coach dancers and rehearse ballets as they were being choreographed. Proving to be successful in these areas, he was chosen to select dancers from throughout the United States and to form the Boston Ballet Ensemble, which replaced the senior company for their summer performances as well as touring throughout New England.

For over 25 years, Mr. Catanzaro devoted much of his energy to the Ballet Academy of Miami. Many of his students have been accepted, with scholarships, into the prestigious summer programs sponsored by the major companies in this country. His students have also become members of other highly acclaimed professional companies. Mr. Catanzaro developed the Ballet Theatre of Miami which provided professionally oriented training and meaningful performance experience to highly motivated young people. Ballet Theatre of Miami was an obvious extension of this artistic talent and nurturing. Currently Mr. Catanzaro still resides in Miami where he teaches and coaches dancers, assisting them to fulfill their goals, becoming talented professional dancers.